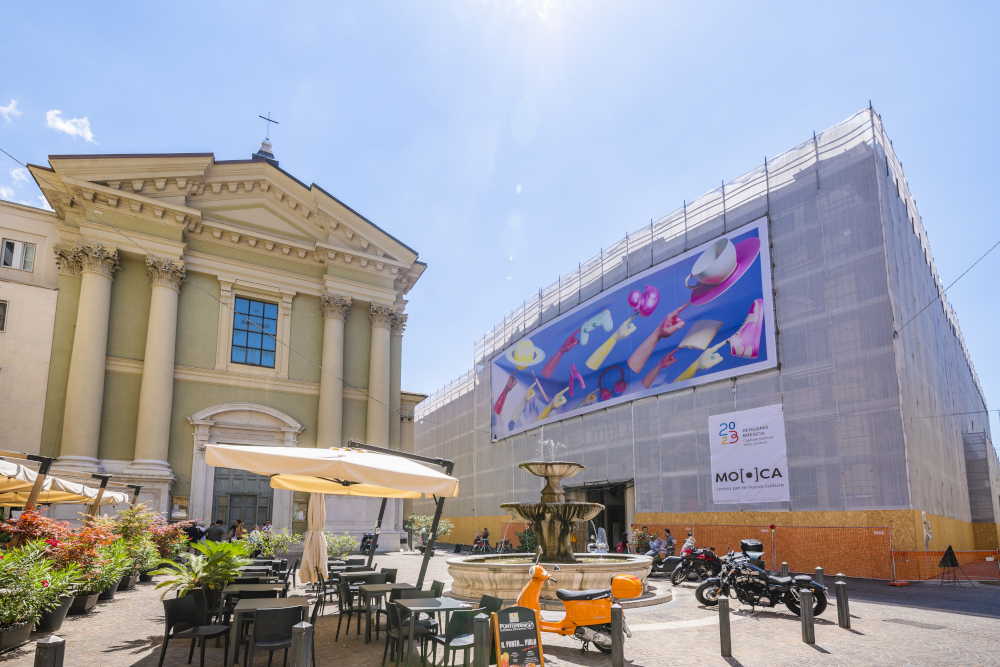 Driven by an interest in the paradoxical, in recent years IOCOSE have focused on exploring the New Space movement, like the race for space travel and the conquest of Space, that is often associated with iconic figures such as the CEOs of California’s Silicon Valley. This is because the New Space movement catalyses some important aspects of IOCOSE’s artistic research, such as: the emergence of narratives that propose visions of improvement and collective emancipation; the use of a symbolic language that is intended to captivate the public also through the figure of the genius; and finally, the fact that the myth of the conquest of Space is often shrouded in a certain sacredness — suffice it to say that technological creation is often compared to divine creation.

In the artwork presented at MO.CA – Centro per le nuove culture, IOCOSE worked with the remnants of these narratives to present a work on the theme of ‘moving the world forward’ that was designed to enter into dialogue with the architecture of Corso Cavour using the technique of anamorphic perspective.

The 3D image on the facade of the building features hands that are intent on moving a series of objects forward: a book, a cup, an electronic gadget, a shoe, a pair of pliers, and a planet. Hands, often gesticulating, are frequently featured in the narratives of progress, but they are also loaded with multiple meanings. Among these is the evocation of the iconographic tradition of the good fortune, both religious and not: from the finger of Caravaggio’s unbelieving St. Thomas who verifies the reality of what he sees, to the one indicating a connection between different spheres like the one in Michelangelo’s Universal Judgement, and paradoxically, that of the fortune teller who reads the palms of those who want to know the future. However, these symbols and languages are nowadays re-appropriated mainly by the Silicon Valley and the consumer industry to promote new utopian futures — one need only recall the index-shaped cursor in the graphic interface of the desktop we use every day.

The finger of the Silicon Valley and consumer industry, however, is a finger pointing to a direction that is precise and univocal, suggesting a path that is offered to us as the solution to pursue progress, and therefore the future. In “Moving the World Forward”, IOCOSE questions this univocal nature: here everything can be accelerated, everything can be moved forward, and brought closer to its utopian, perhaps even failed, destination. 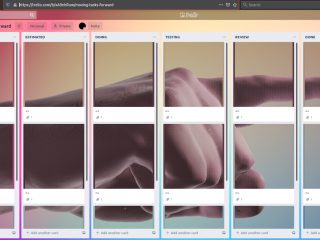 Next Project (n) Pointing at a New Planet