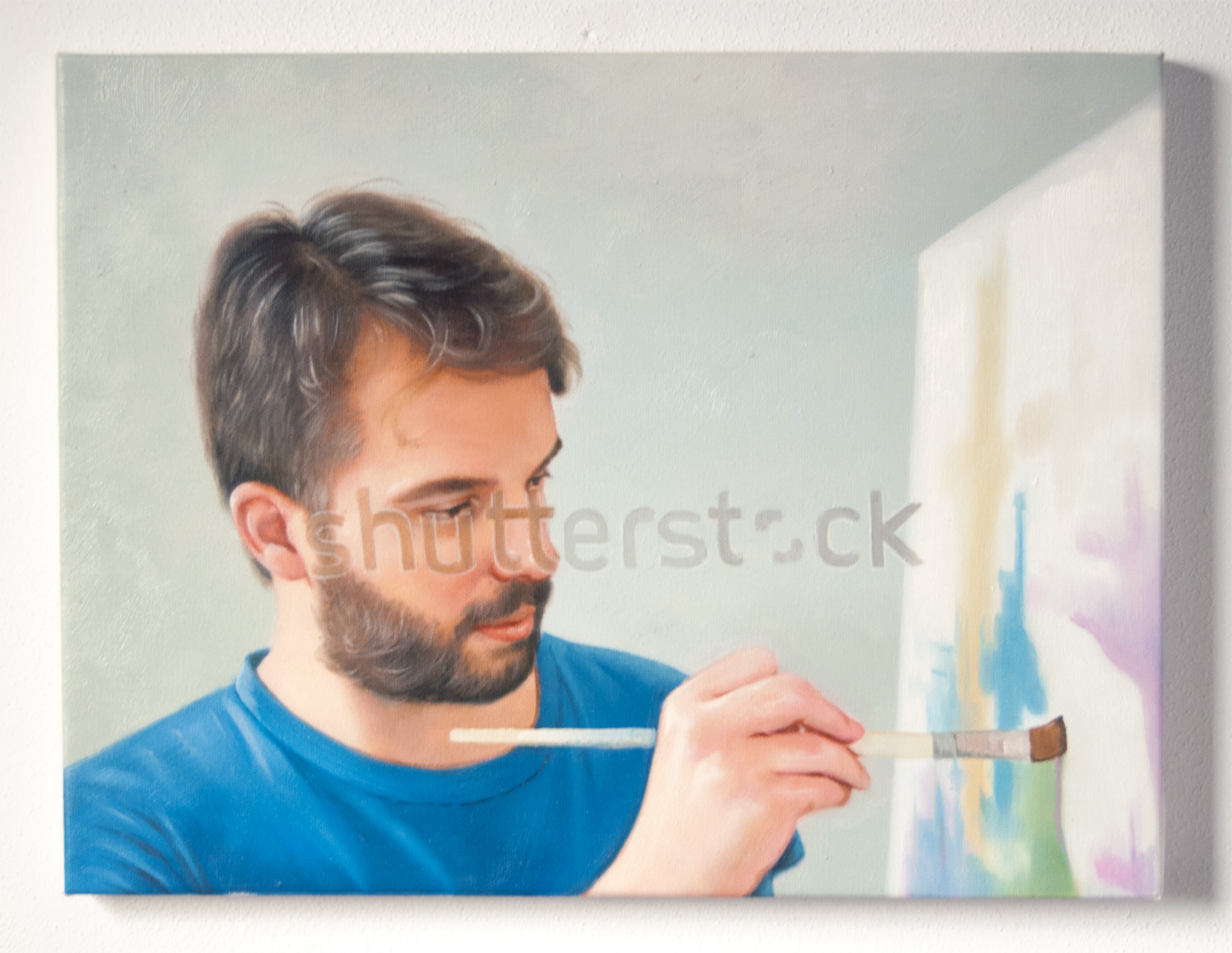 IOCOSE (2015), A Contemporary Self-Portrait of the Internet Artist. Commissioned oil on canvas copied from digital image downloaded from Shutterstock and previously uploaded on the same stock images archive, 38 x 28,5 cm

A Contemporary Self-Portrait of the Internet Artist is a series of four paintings, each representing one of the four members of the artist group IOCOSE. The photos have been uploaded and accepted by Shutterstock as representing the category of ‘artist’. In order to have their photos accepted in this category, IOCOSE gave full control to a professional photographer who regularly works with Shutterstock, and were instructed on how to hold a brush or pretend to be painting canvases as if they were conventional artists. Once their photos were available on Shutterstock, IOCOSE have outsourced the production of portraits representing those same photos, inclusive of their watermarks, to a painting service. The result is a collection of four self-portraits, made by anonymous painters from digital images uploaded on a stock photo service by a professional photographer. 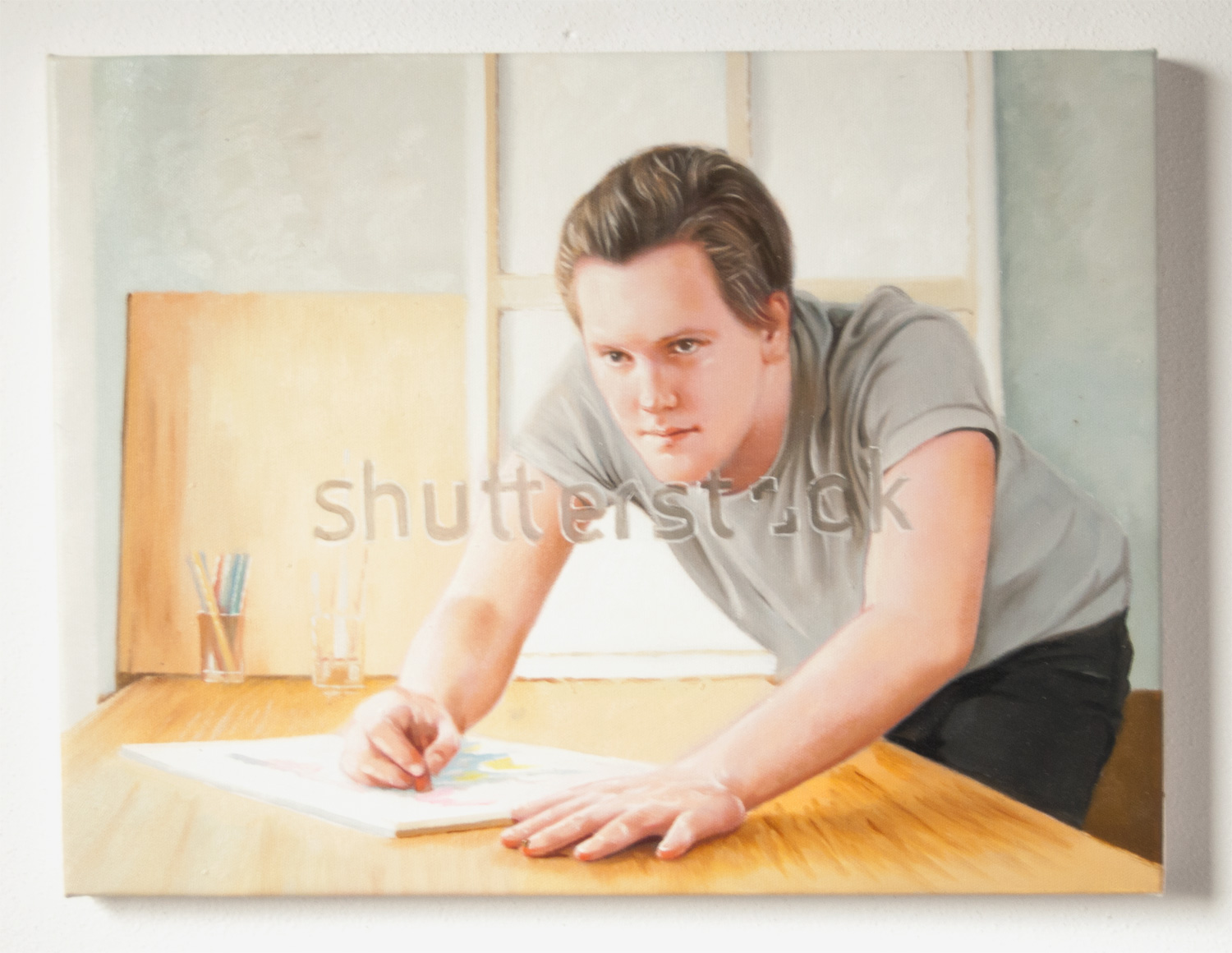 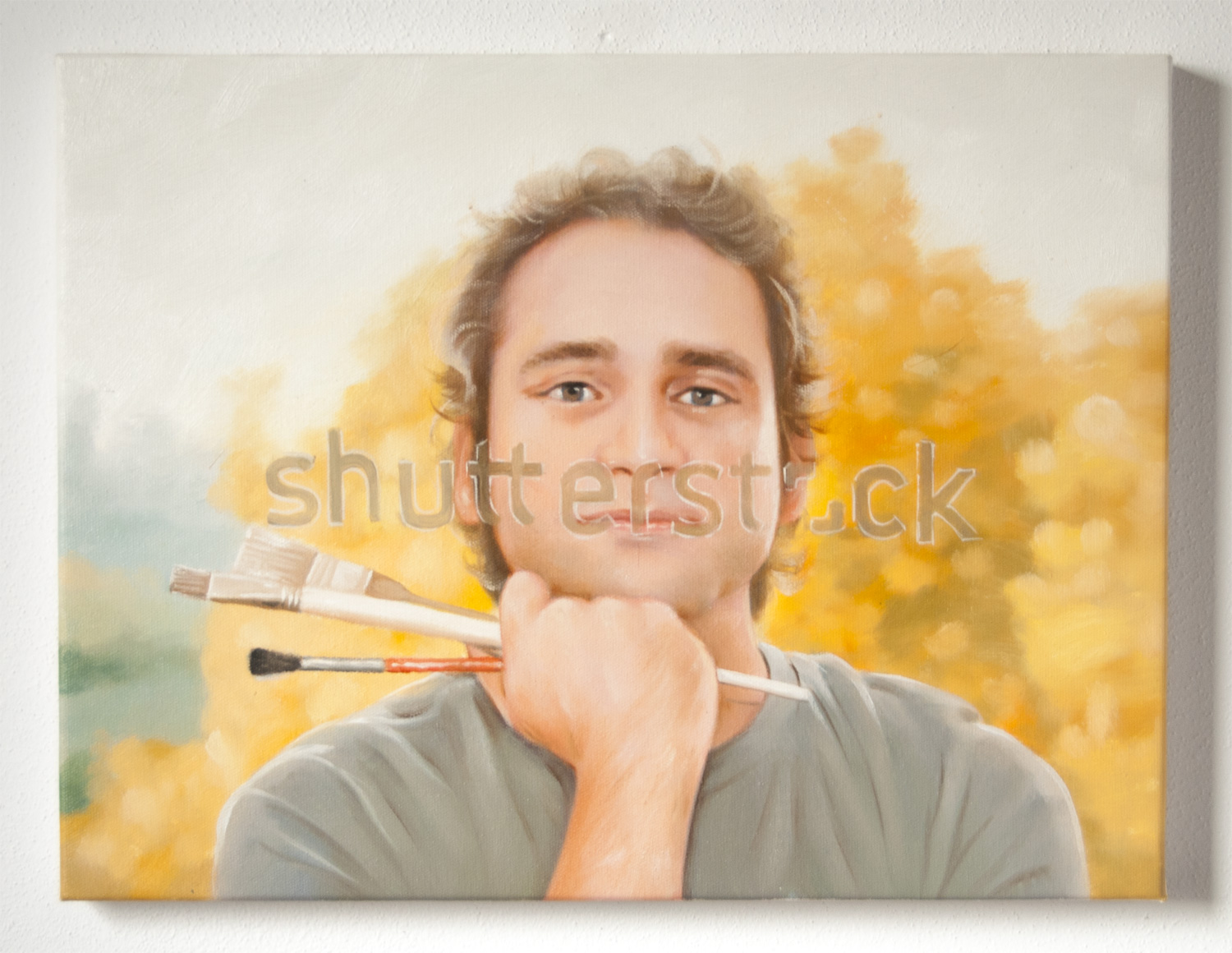 Artist Portrait with a Colourful Background. 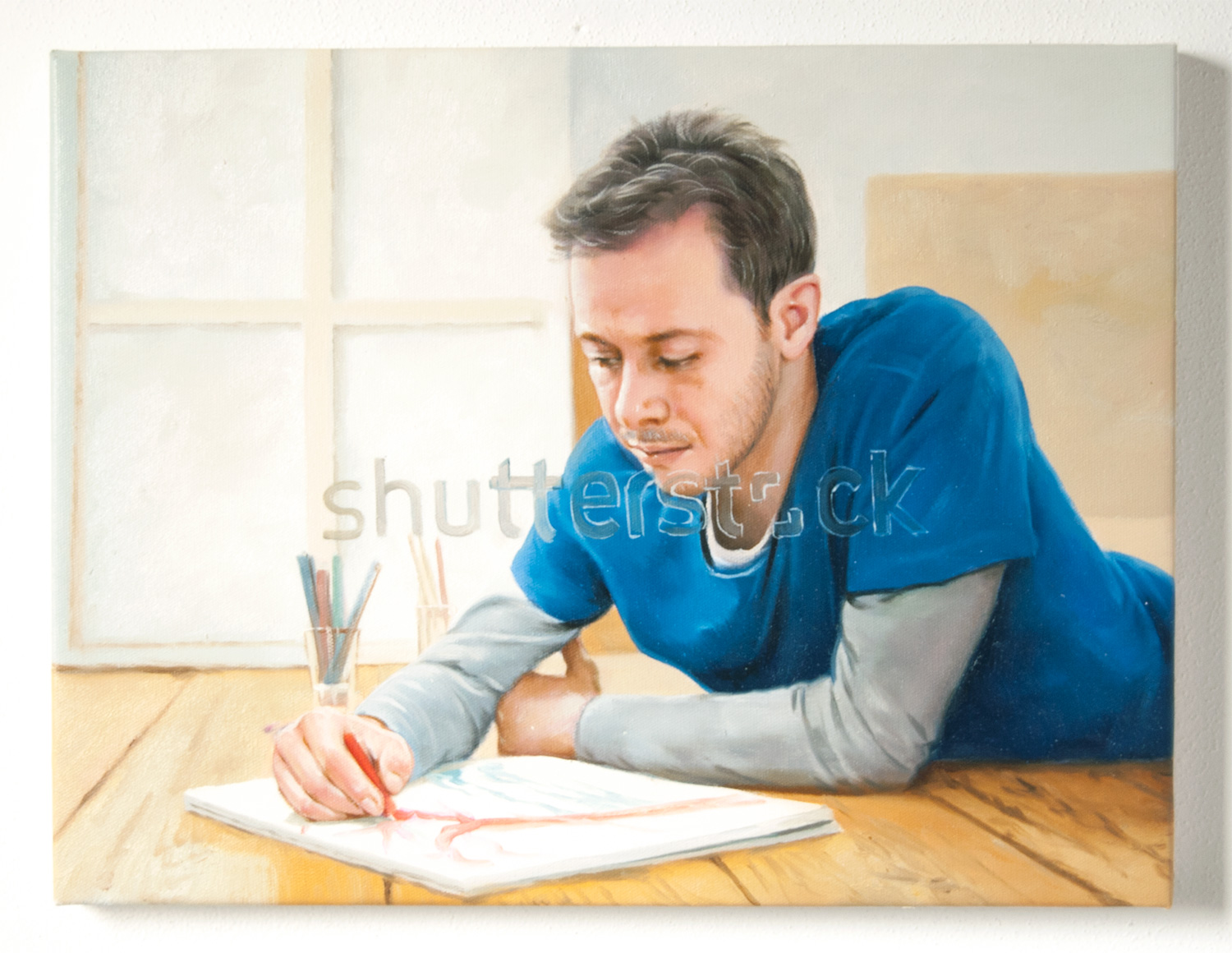 The series follows from A Contemporary Portrait of the Internet Artist, where IOCOSE had applied the same process to a group of photos available on GettyImages into the ‘artist’ search category. In these two series, IOCOSE propose a series of portraits of the many different modes of being an artist in the internet age. IOCOSE, the photographers, painters, stock photo services, each represents and offers a different interpretation of the meaning of being artists today.

In A Contemporary Self-Portrait of the Internet Artist, IOCOSE represent themselves according to an apparently conservative view, as ‘solo’ artist geniuses. However, the production process of the paintings has seen the collective involved only as ‘internet artists’, that is, outsourcing, browsing, uploading and downloading files and so on. The final self-portraits reflect on the multiple ways in which art is conceived nowadays, and the repurposing of old skills and materials in the new digital environment. 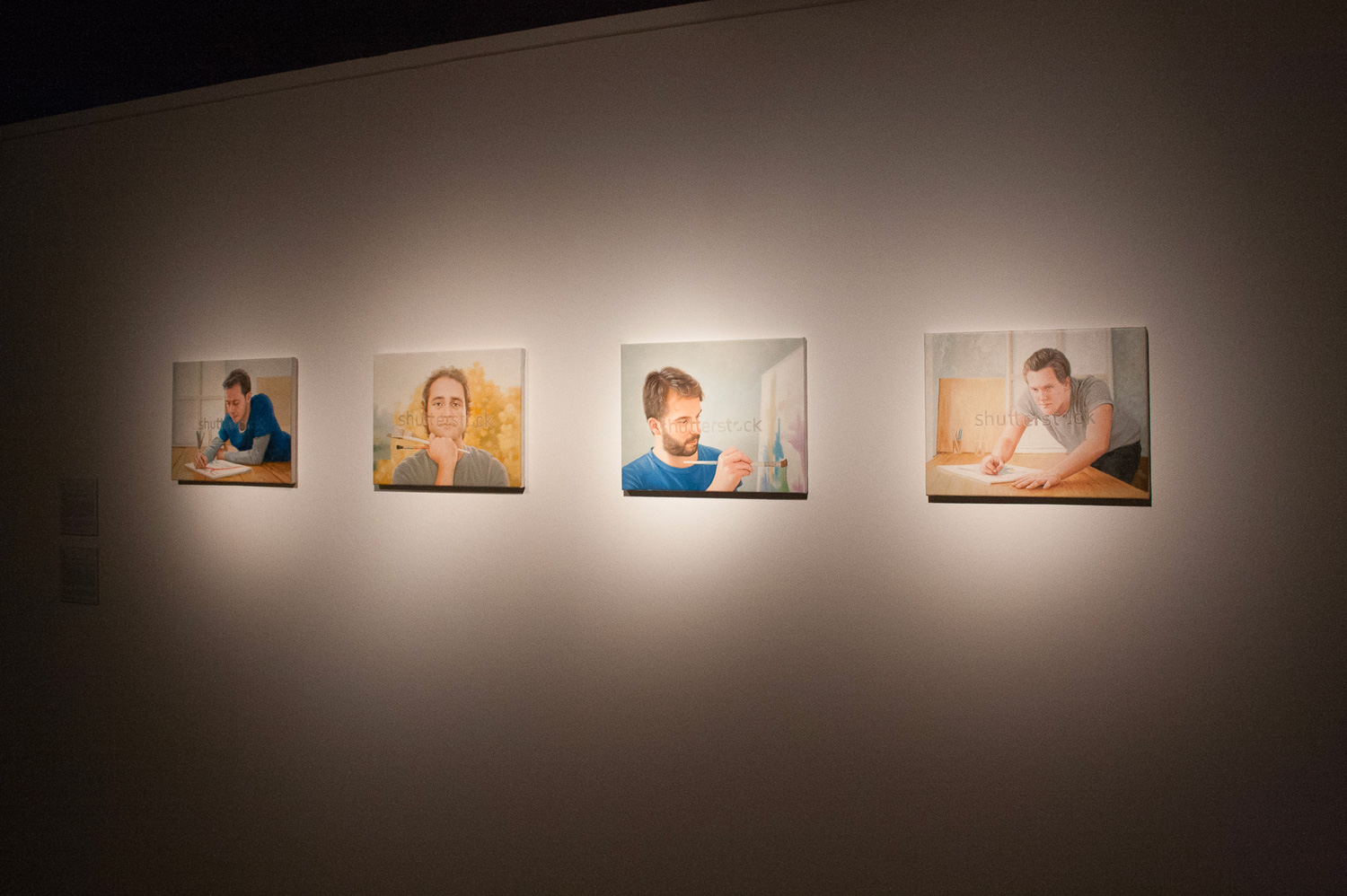 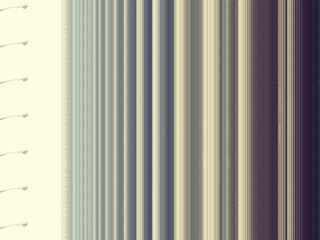 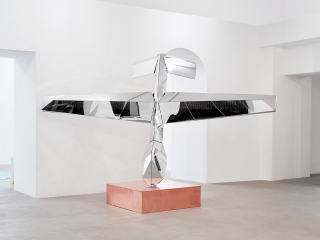