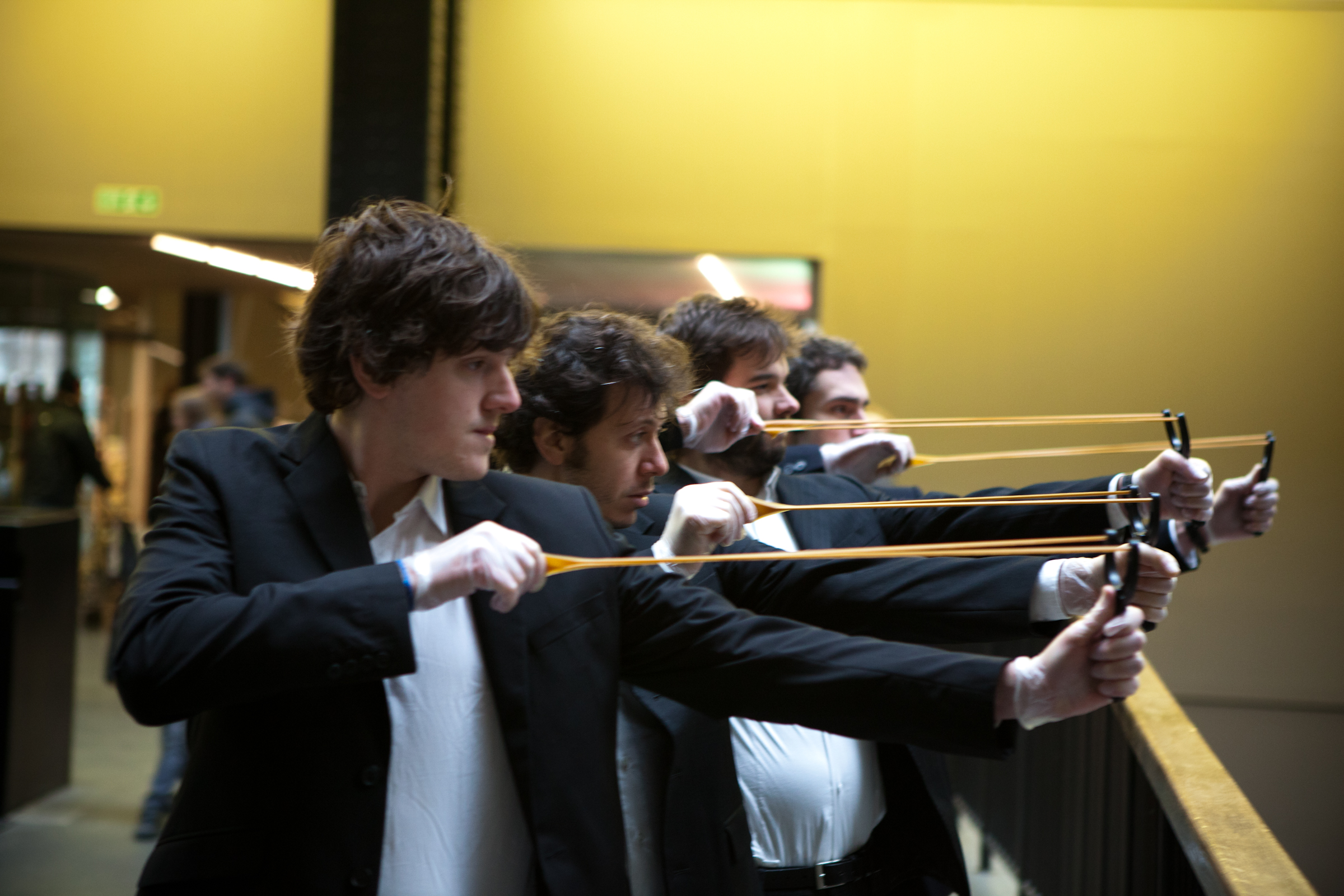 On the early morning of Saturday 29th of January 2011, the four members of artist group IOCOSE stopped at a grocery store at the Bankside district in London, UK, and bought a £1 bag of sunflower seeds.  A short walk from the grocery was the ‘Sunflower Seeds’ exhibition by Ai Weiwei. The installation, exhibited at the Turbine Hall at Tate Modern as part of the Unilever Series, displayed millions of hand-crafted porcelains in the shape of sunflower seeds. The four IOCOSEs took hold of their catapults and started launching the cheaper and real sunflower seeds in the exhibition area. Then changed the signs at the Turbine Hall and renamed the artwork ‘Sunflower Seeds on Sunflowers Seeds’.

The artwork has been on exhibition at the Turbine Hall at Tate Modern from the 29th of January until the 2nd of May 2011. 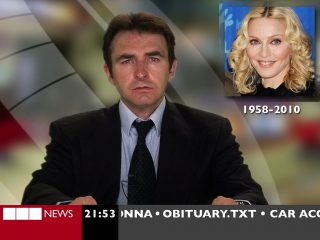 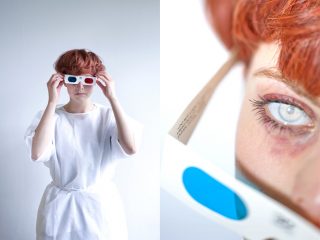